skip to main | skip to sidebar

I didn't even look to see when my last post was on this blog, probably at least a year or two (or three) ago.  I really should just combine all my blogs into my Whimsical Mom blog.  I don't post frequently on there either but it's definitely more than on this one or my Halloween blog.

Anyway, our elves arrived on December 1st with an early Santa present...a Wii U.  My husband is deploying very soon and he wanted to see their faces when they found it and he wanted to play it too.  Our elves have been having some fun so far this season. 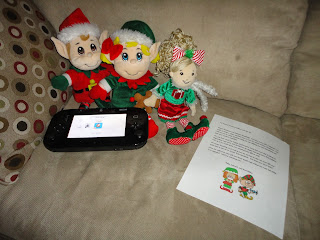 They were found "testing" out the new Wii U to make sure it was up to North Pole standards before we got a chance to play it. 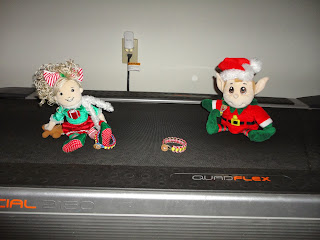 They snuck into my closet and pulled out the bracelets I had made for me and the kids to wear during Chad's deployment.  They were caught wearing them so we took them back and started wearing them ourselves. 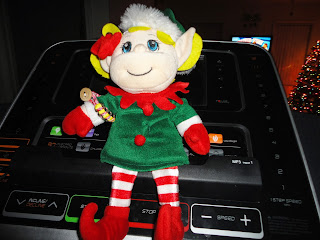 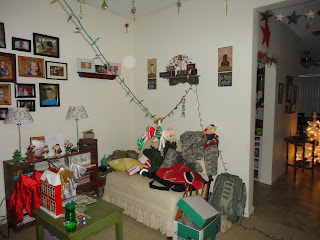 Apparently they wanted to test their skills on crossing great divides. 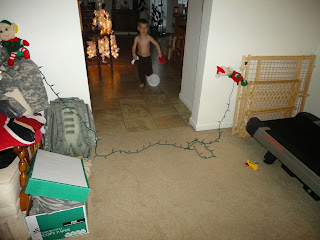 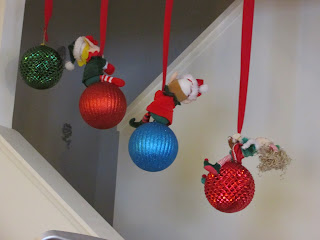 They were just hanging out this morning having a jolly old time on our large ornaments.
Posted by Jessica at 6:19 PM 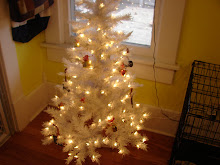 Jessica
My name is Jessica and I love to read, garden, and plan for the holidays! I hope you enjoy my site. Thanks for looking. :)